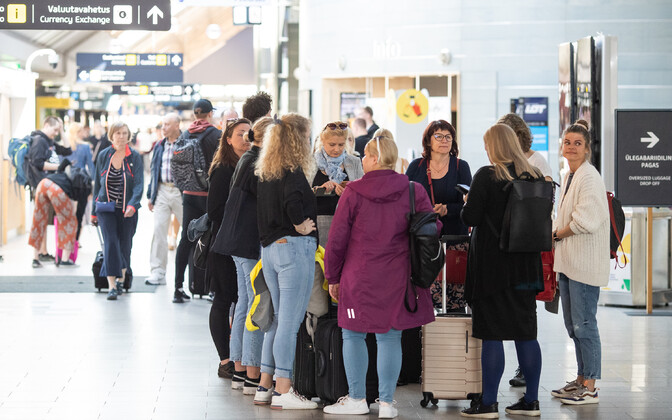 “When we recently released the numbers this spring, the price increase was around 20% of our sales,” Mauri Saarend, director of global supplier relations at Estravel, told ERR on Thursday. “We haven’t released any new numbers yet, but I have a feeling the tickets we’re currently selling could even be up to 50% more expensive than the same time last year.”

As the majority of flights sold by Estravel are to European destinations, Saarend said the price of European airline tickets, especially for the summer, has increased significantly.

“I would say less in the case of North America,” he continued. “In the case of Asia, it again depends on when you go; there have been good deals in Asia as well. But some countries are still keeping their borders closed, and that’s also having an impact.”

According to Saarend, various airlines also have different pricing policies.

“The Lufthansa Group – Lufthansa and Swiss – have announced that they have closed all of their cheapest price categories for the summer season, only very expensive seats remain,” he said. “AirBaltic said no such thing, and indeed you can get somewhat cheaper tickets through them. The price increase may have also been somewhat lower in the case of Finnair.”

The travel agent representative noted a new trend in which airlines will use decoy prices by announcing a price that does not include baggage, in-flight service or seat selection fees.

“They want to sell you all of this for more, and the final total might not be as cheap as it initially looked,” he said. “They advertise those prices, but you have to buy those tickets way in advance to get seats at the advertised prices.”

Book now for winter, next spring

Saarend pointed out that flights should be booked further in advance if one wants to find cheaper plane tickets.

“Unfortunately most people book their flights relatively quickly and then they are much more expensive, especially this year,” he said.

“If you book well in advance – I’m talking six months or more – there may not be a price increase at all,” he continued. “The ship for this summer has already sailed. If you want to book flights now, it’s a good time to book for this winter, next spring. It’s already a bit late for this fall too.”

According to the representative of the travel agency, one of the first factors that had an impact on the price increase was the layoffs that affected airlines, airports and travel agencies during the COVID-19 crisis.

“And once they decided last winter and spring that the pandemic would no longer restrict travel, it was no longer possible to bring those employees back,” Saarend said. “There is a massive shortage of labour. And when supply is reduced but demand has increased, the natural result is that prices rise.”

Russia’s large-scale invasion of Ukraine has of course also had an impact on the industry. “The airspace is closed over Russia and Ukraine, and planes have to make longer detours,” he explained. “Flight time is increasing, and costs are also increasing accordingly.”

The number of flights departing from Tallinn has also decreased somewhat.

“We no longer have Nordica, which would fly directly from Estonia,” Saarend said. “Aeroflot and Belavia no longer fly here for political reasons. That’s why there are fewer offers, possible flights from Tallinn. This is also a factor that affects prices.”

He also cited the tendency of some airlines to announce new routes from Tallinn, operate them for a while, and then drop them.

“For example, Aegean Airlines and Turkey’s Pegasus Airlines both did this in the middle of a mild peak season,” Saarend noted. “If the supply is low, it makes sense that the prices are higher. But hey, I guess there is always the alternative of flying from Finland or Latvia, where you have more options.”