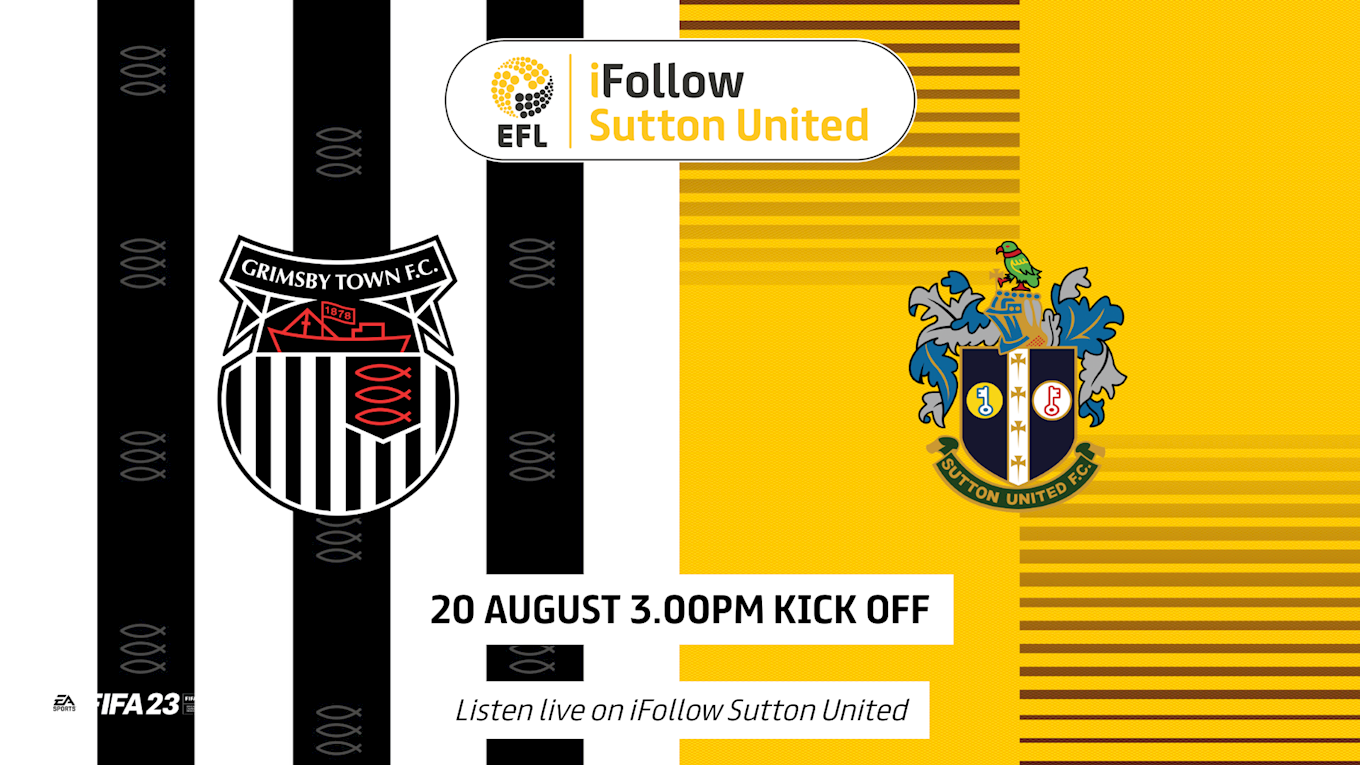 Sutton is on the road again on Saturday with a first-ever trip to Blundell Park to face Grimsby Town, who regained Football League status thanks to the National League play-offs in June, just a year after being relegated.

Grimsby and Sutton both have four points and an identical goal difference heading into the game, with U a higher spot after scoring one more goal, but Grimsby already have a game in hand after torrential rain caused retirement Tuesday’s game at home against Carlisle. midway through the first half.

Previously, Grimsby lost on the opening day of the season at Leyton Orient and then drew at home to Northampton before picking up a first league win of the season last Saturday when they inflicted one of four defeats Rochdale has suffered so far. led to the departure of manager Robbie Stockdale on Thursday. Grimsby also picked up a comprehensive Carabao Cup victory over Crewe and is looking forward to a visit from Premier League side Nottingham Forest on Tuesday in the second round.

Sutton will look to reverse the away fortunes of the start of the season which saw defeats at Doncaster and Crewe, neither of which the U’s will feel deserved, and Sam Hart, Will Randall and Coby Rowe are all in contention for a return after an injury although Omar Bugiel is still likely to be sidelined following his injury against Barrow.

For the second game in a row, U will be refereed by an official in their first season on the EFL referee list, with Martin Woods taking charge of Grimsby’s loss to Solihull in the National League play-off final. last season. The Lancashire official has refereed several of Sutton’s games at National League level.

Supporters unable to make it to Blundell Park can follow an audio commentary on our iFollow service, with a match pass available at £2.50, while monthly passes (£4.49) and season passes (£45) are also available. Overseas supporters can watch a live broadcast of the game for £10, with a reminder that until the end of August a season pass for overseas live streaming is just £140.

Tickets are on sale online on the Grimsby Town website here. Prices are: Adults £20; 65+/18-22/student and unemployed with ID £13; unaccompanied junior aged 14-17 £7; junior accompanied from 3 to 17 years old £5, under 3 free. Tickets are also on sale on the ground, but adult and concession prices increase on the day by £2. Our accommodation is in the Osmond Grandstand.

Independent travelers are reminded that there is a railway strike on Saturday, and while it is possible to travel to Cleethorpes, leaving King’s Cross at 07.33 or 10.48 and changing at Doncaster, there is no no return train after the game. For drivers, the postcode for the ground, which as all students of the game know is in Cleethorpes rather than Grimsby, is DN35 7PY. Take the M1/M18/M180 and at the end of the M180 stay on the A180 via Grimsby to Cleethorpes, and the land is on the left next to McDonalds. There is no on-site parking, but there is plenty of street parking around the ground, although some roads may have parking restrictions on match days. You can also join the M180 by leaving the M1 at Junction 21A in Leicester and following the A46 to Lincoln then the A15.

Our academy team are in Gillingham on Saturday in the EFL Youth Alliance, kick off at 10.30am at Beechings Cross training ground in Gillingham.

Travel information for supporters: Ajax (A)