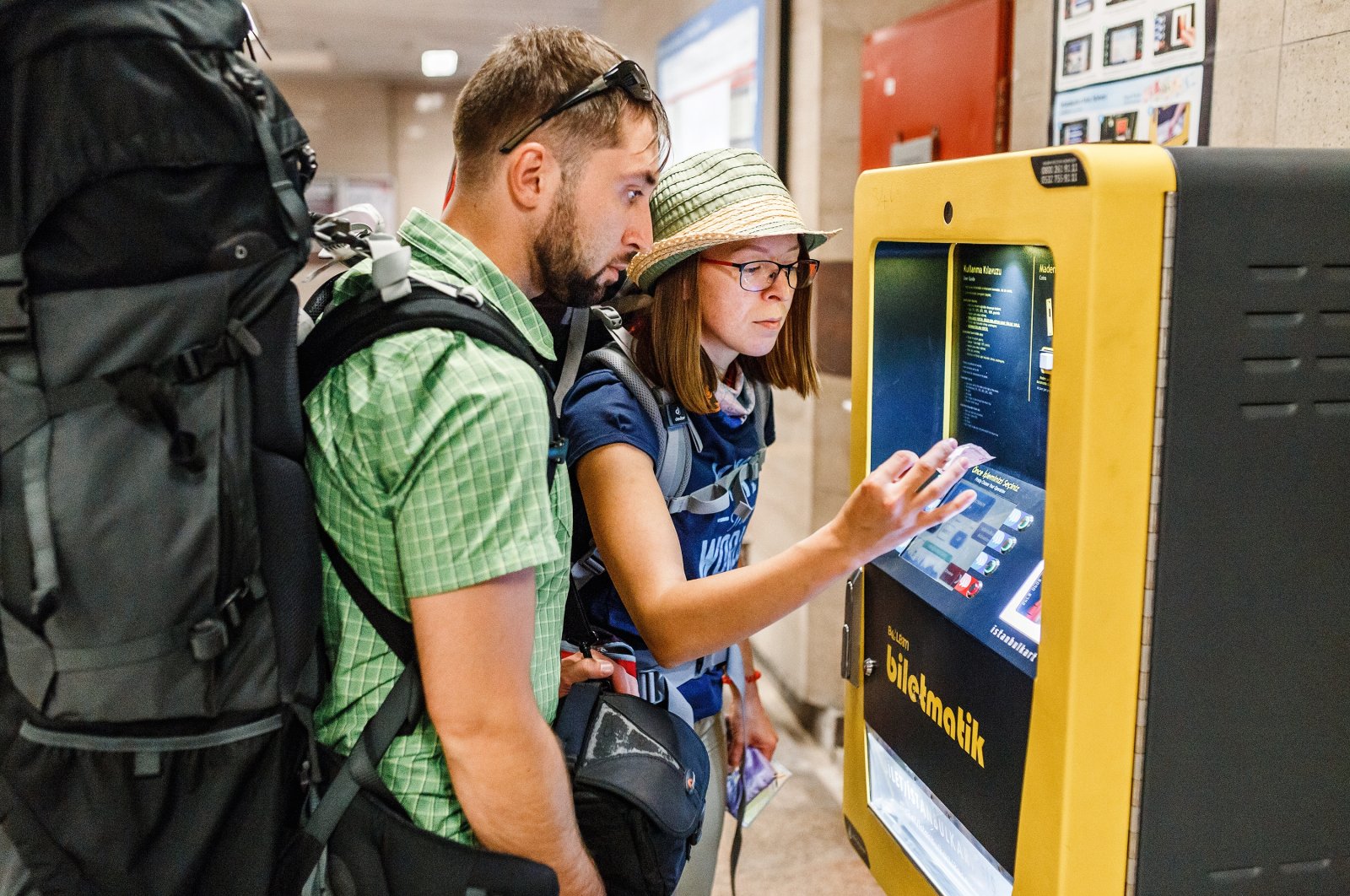 The Istanbulkart, the most populous city of Türkiye’s public transport pass, now offers special designs and options for tourists. From Thursday, visitors to the city can purchase an Istanbul City Card for all their transport needs across the Turkish megalopolis.

Designed in six different types, the pass will make it easier for foreign visitors to travel to one of the top 10 most visited cities in the world, according to the Istanbul Metropolitan Municipality (IBB). The maps will come with a “guide kit” and popular routes around Istanbul, IBB said in a statement.

The cards will be of two types, with different pass options, including one offering unlimited daily passes for one to 15 days and access to tourist buses known as ‘hop-on, hop-off’ buses. The cards will be available for sale in more than 30 locations, mainly those frequented by tourists, through electronic vending machines.

IBB said more options will soon be added to Istanbul City Card, including access to museums operated by the municipality, ferry lines operating between both sides of the Bosphorus and tourist ships operating on the Bosphorus.

Using Istanbulkart is the best way to avoid traffic in the city known for traffic jams and overloading taxi drivers, covering most public transport vehicles including trams running around Sultanahmet Square , one of the most visited places in the city by tourists. The Hagia Sophia and Yerebatan Grand Mosque or the Basilica Cistern located near the Grand Bazaar. Yet its costs are also high for locals. In July, BWI increased the price of the first purchase of the pass by 100% while increasing the fees for “discount cards” issued to students, teachers and seniors, as well as free passes for members of the press, citizens with disabilities , health care workers and police.

The city imposed this year’s first transit fee increase in February, implementing hikes of up to 92% for card purchases. In April, the price for boarding public transport vehicles was increased to 7.67 TL from 5.48 TL. The municipality defended the hikes in a written statement on its website, citing rising costs for electronic cards “due to global chip shortages, current economic circumstances and foreign currency fluctuations.” Lowering public transport costs was one of Mayor Ekrem Imamoğlu’s election promises. In a speech ahead of his election in 2019, the mayor said he would slash fees “to token prices” and transport would be “absolutely cheaper” in the city of more than 15 million people.

The Istanbulkart, which replaced the primitive Akbil electronic device in 2015, provides smooth travel through Istanbul’s complex public transport system. The municipality recently introduced a mobile app that allows users to add credit to their e-passes and use contactless payment via a QR code when boarding transit vehicles. The electronic pass also serves as a prepaid debit card in certain businesses such as supermarkets.

Keep up to date with what is happening in Turkey, in its region and in the world.